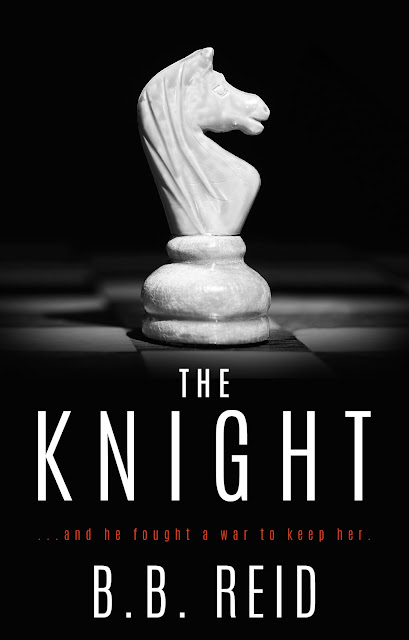 
The Parties:
Angeles Knight
Mian Ross
The Order:
Angeles Knight orders the liberation of Mian Ross.
He’ll tear down their enemies, forsake his throne, and give his life to keep her safe.
All Mian must do is forgive his betrayal and put her heart on the line.
Again.
The Debt:
His legacy.
The Bandit:
Angeles
The Sixth Knight

GOODREADS:
THE KNIGHT
(no preorder)
Haven't met Angel and Mian?

Be alerted when The Knight goes live
www.bbreid.com/news

Visit B.B. Reid’s page to enter to win a $50 Amazon gift card and a signed copy of The Pawn and The Knight by Skye Warren.


A missing legacy, a stolen son, and one dangerous secret changed everything for them...

SHE STOLE MY PROPERTY

I'll never forget the night I caught her sneaking around my place. She thought she could steal from me and get away with it, but I have no intention of letting her get away at all. Mian Ross has a lesson to learn, and I'm going to be the one to teach it to her.

HE STOLE MY SON

I'll never forget the night I made the second biggest mistake of my life. It was supposed to be a simple job, but it quickly became so much more--one that cost my freedom and cost my son. Angel Knight became my worst nightmare... and now, he'll never let us go.