Why I Dislike the Chosen One Trope 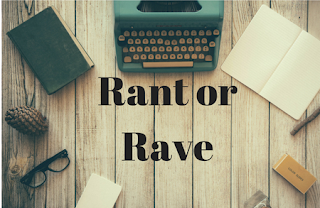 This is different from the rest because I don’t actually completely hate the trope itself, I just hate when the trope is written badly. When done well, this trope can be really amazing.

Case in point: Harry Potter. Harry Potter was the chosen one, but he wasn’t the only possibility. There was another choice for the chosen one It was the circumstances that led to him having to step up to it. It wasn’t just him being “awesome” and doing everything himself. He had outside support, there were people who loved him and cared for him that wanted to help him succeed. There was also his love for his friends and family that propelled him into this position where he wanted to protect them. Harry had no added bonuses to help him get through it unless you count him being a Horcrux, but I would say that that one is just as much a burden as it is helpful.

A lot of books have the chosen one with all these added powers and they are just so awesome and can never be beaten because they are the chosen one. Who could possibly be better than the chosen one? The Chosen one trope is like sticking your character onto a pedestal. The thing about Harry Potter is we know he is incredibly flawed and we don’t always agree with what he is doing. He’s just trying to do his best to get through it all in one piece.

I just finished a book where the chosen one trope just felt sort of tossed in to make the protagonist's life a bit more interesting. It didn’t really fit into the story and felt more like the author was just trying to make her character more special. It really annoyed me when this happened.

The chosen one trope also ties into the Mary Sue trope. Authors are trying to make their characters more likable by using superficial things like special abilities and high levels of importance based on the character's usefulness. 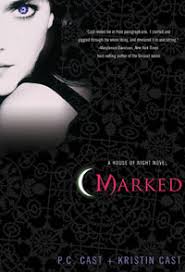 A really bad case of chosen one/Mary Sue is Zoey Redbird from the House of Night Series. We start off the series thinking she’s pretty cool, relatable, but as the story progresses she just becomes this slut-shaming holy than thou character who somehow gets all the cool powers. She is the only character to have control of all the elements, therefore, she is better than you. As I was maybe 12 or 13 when I started reading this series I didn’t realize how awful she was until I got older and realized she was honestly the worst main character ever because she couldn’t seem to see her own flaws and the author made it out to be like she was the saviour of the vampire world. Honestly, this series could have been so much better without her in it.

(End of House of Night Spoilers)

Just, if you plan to write a book using this trope, don’t just throw it in because it seems cool, use it if it really means something to the story

What are some of your thoughts on the trope?

Labels: fiction, rant, rant or rave, the chosen one, ya, Young adult