I have limited myself to one ship per book series or book. Whichever. Or else this would just be a Mortal Instruments ship list. Also, all of these ships are going to be cannon. All of my non cannon ships are for another list. Mild spoilers. If you don't recognize the names, you probably haven't read the book so just skip over it if you don't want any spoilers what so ever. 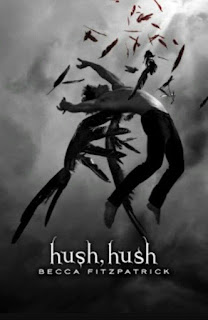 Patch antagonizes Nora so much in the series and she just gets so flustered, I honestly find their relationship so endearing. 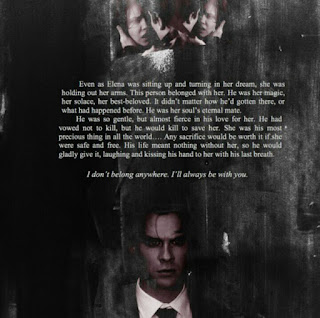 I have been a hardcore Delena shipper for as long as I can remember. Even when Elena was with Stefan I shipped Delena. I never shipped Stelena. Okay and to clear it up, I loved them in and out of the books. Delena forever. 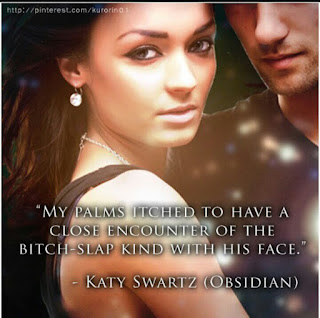 Their bickering brings me to life. Katy can take it and give it back to Daemon and I love that. She is sassy and he's an asshole. Match made in heaven. Or hell I guess. Depends on how you look at it. 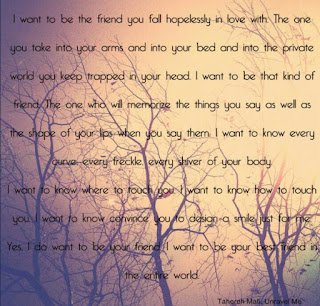 Okay unlike most, I loved Warner straight away. He seemed evil in a good way and I have a thing for villains. Anyway I hated Adam, he was only dragging Juliette down. Making her more of a scared little girl. Warner brought out the fearless side in her that was no longer afraid of her power. 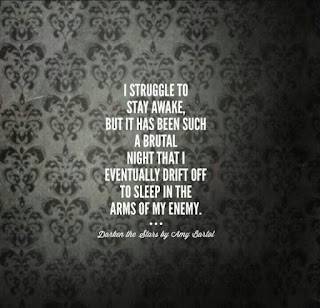 At first these two were my NOTP. Kyon didn't seem to have a single redeeming quality, I mean he almost drugs her, and then at the end he bitch slaps her and I hated that. I cannot stand it that he played it off like it was nothing. I wasn't even really sure about him in the second book, but in the third he won me over. Him and Kricket are perfect together. I ship it. 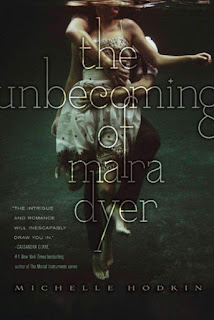 How do I even get into this one? They are both hilarious, in different ways of course. Mara is all mysterious and damaged while Noah is cocky and carefree. I don't really know how to out this all into words, other than a series of quotes from the book itself. 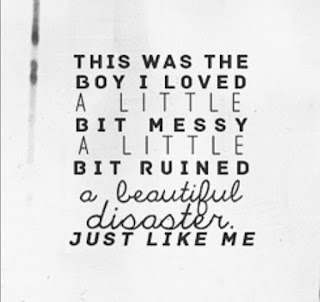 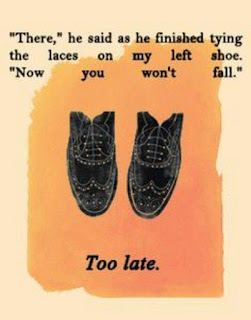 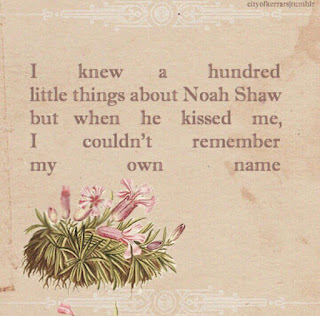 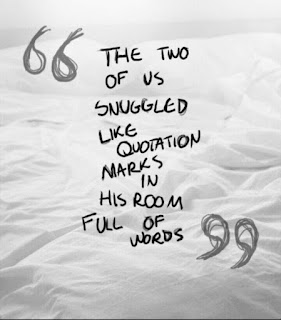 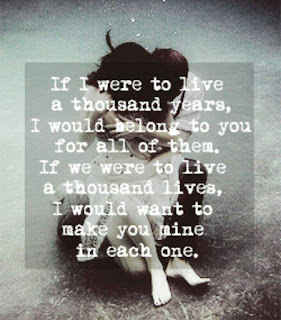 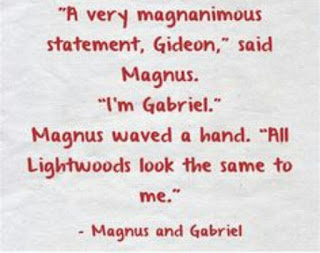 That wasn't the quote you expected was it?

Magnus helped Alec with realising that it was okay that he was gay. He didn't have to be ashamed of who he was and he was loved. Plus Magnus was very persistent. And whenever I think of Malec, I just think of the first time they met when Magnus is fucking hitting on Alec while he was still "straight" and Alec is just so bewildered and doesn't know what to do. Beautiful. 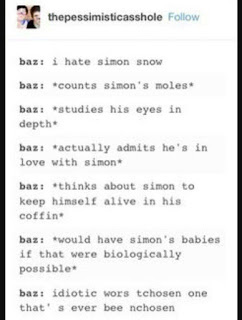 I devoured Carry On in one day. It was like the Harry and Draco fan fiction that was written and somehow got published and I'm very glad it did. You know how when you're a kid and you're mean to that kid you have a crush on so that they don't know that you have a crush on them and you basically become their bully? That's basically what Baz did. While this is happening Simon is just too busy think that Baz is the Antichrist to realize that he has feelings for him. 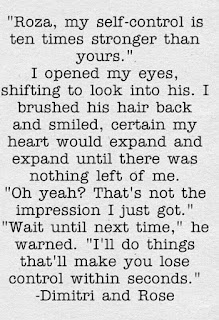 Dimitri is the calm to Rose's storm. I'm pretty sure I've said that before. Rose is pretty much a snarky bitch who is out of control, she is one of my favourite characters. You never really know what Dimitri is thinking which is why it's so much better when he reveals how he feels about Rose. They are very passionate and I was actually debating whether or not to make them number one on this list. I decided against it though. 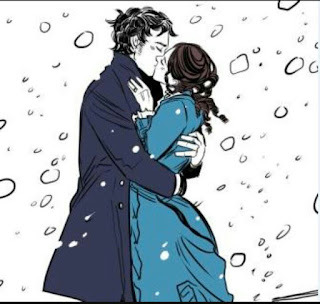 Tessa picked up the pieces of the scared little boy and put them back together. Will talks a big talk, he is sarcastic and cocky and hella entertaining but, he was terrified before Tessa came around and mended his hurt. And then he returned the favour. 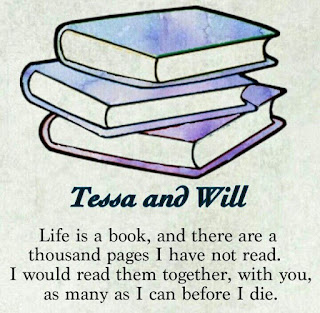 Thinking about Will and Tessa almost has me in tears. I just need a moment.