Why I Love Goodreads

Because I've been doing a lot of rants lately I decided to even out my negativity by also raving about things that I love. Now last week I ranted about Goodreads Shelves, and to combat my anger towards that I decided to also talk about why I love Goodreads so much.

First off, Goodreads is what helped me find other books I ended up loving. Before Goodreads it was sort of, I would just pull a book off the shelf at the bookstore and I would read it. A lot of the time this ended up in me getting the second book, I'll talk more about that later. It was really random, so finally having a platform that would show me what others thought of books and which books were similar to ones that I liked was such a great thing to me. It honestly changed my life for the better. 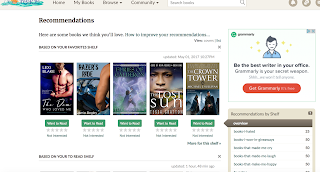 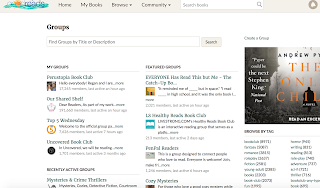 Third, it helps you organize everything. I love that I can keep track of all the books I've read and that I want to read, and I don't ever have to worry about losing it because it's a website and not a list that I wrote myself. It's so efficient and I love it to death. Now onto the previously mention, the fact that I've bought several second books in a series. I hated doing that, it happened twice and I never actually read the first books in those two series's. I originally tried to read both before I realized I had no idea what was happening and then I came to the realization that they were in fact, not the first books. That dilemma eventually solved when I discovered Goodreads and realized I could find out if a book was the first or not. Could have saved myself some confusion if I'd found it earlier.

Fourth, you can find out such cool stuff on Goodreads. Connect with authors, at least the ones that are active. But they give you chances to get ARCs and win stuff, and you can sometimes get snippets of their books or little extra scenes with some of your favourite characters. It's wonderful. 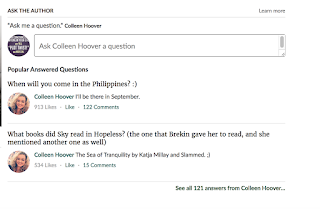 Fifth, all the other stuff that's on the website, like, there is this entire section just dedicated to giveaways. There are groups you can join, bookclubs that are hosted here, then there is glorious Listopia, that, if you read my recent post on How to Choose Which Book to Read, I mention because it's amazing if you are looking for something specific. 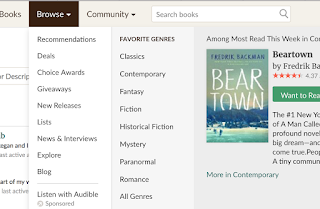 Honestly, if you don't use Goodreads, I would highly suggest it because that website has made my life a thousand times easier.

I hope you guys enjoyed this!
Posted by Jessie at 17:19