Damen is a warrior hero to his people, and the rightful heir to the throne of Akielos. But when his half brother seizes power, Damen is captured, stripped of his identity, and sent to serve the prince of an enemy nation as a pleasure slave.

Beautiful, manipulative, and deadly, his new master, Prince Laurent, epitomizes the worst of the court at Vere. But in the lethal political web of the Veretian court, nothing is as it seems, and when Damen finds himself caught up in a play for the throne, he must work together with Laurent to survive and save his country.


For Damen, there is just one rule: never, ever reveal his true identity. Because the one man Damen needs is the one man who has more reason to hate him than anyone else…

I gave this series 5 stars. A lot of the time when reading a trilogy or series, the first book is best and the second or last book just sucks and it just goes downhill from the first book. That was not the case in this trilogy, it just kept getting better and better. 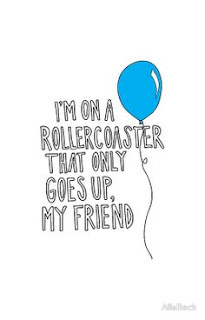 I ship them so hard. They are so cute together. I read the entire series within a week. I had to see where their relationship was heading. Where the plot was heading.

Both characters had to deal with the fact that others coveted their thrones. Damen's own brother sent him off to their enemy as a slave just so he could have his throne. Then Laurent's uncle, the regent, did his best to turn his country against him. They both had their own struggles, their own conflicts. At times, with each other.

I really enjoyed the contrast of their personalities. Laurent was a bit cruel and he was cold. He was clever and liked messing with people. He had this whole endgame that he was working for.

Damen, seems to be a completely different person. he is someone you do not mess with under any circumstances, he's honourable and brave. To put this is terms you may understand better, depending on if you've read or watched Harry Potter, I see Laurent as a Slytherin and Damen as a Gryffindor.

I had been putting off reading this series for so long, I never really knew what it was about, but i kept seeing it everywhere. I'm so glad i finally decided to give it a try because this series is one of my new favourites. Not only because of the romance, but because of this incredible fantasy world, with it's politics and struggles and fights. They kept me on the edge of my seat the entire time.

I loved when it was revealed who Damen was, but Laurent didn't seem to care, he had strong feelings for him anyway. It seems a bit messed up that Laurent would sleep with his brothers killer, but I guess love is love and he couldn't stop it even if he wanted to. I love "forbidden" loves like that.

Now since I don't want to get to much into spoilers, I'm gonna stop there and let you experience it for yourself.

“Damen felt Laurent start shaking against him, and realised that, silently, helplessly, he was laughing.There came the sound of at least two more sets of footsteps striding into the room, greeted with: 'Here he is. We found him fucking this derelict, disguised as the tavern prostitute.''This is the tavern prostitute. You idiot, the Prince of Vere is so celibate I doubt he even touches himself once every ten years. You. We're looking for two men. One was a barbarian soldier, a giant animal. The other was blond. Not like this boy. Attractive.' 'There was a blond lord's pet downstairs,' said Volo. 'Brained like a pea and easy to hoodwink. I don't think he was the Prince.' 'I wouldn't call him blond. More like mousy. And he wasn't that attractive,' said the boy, sulkily. The shaking, progressively, had worsened. 'Stop enjoying yourself,' Damen murmured. 'We're going to be killed, any minute.''Giant animal,' said Laurent. 'Stop it.”


“When laced into his clothing, Laurent's dangerous grace lent him an almost androgynous quality. Or perhaps it was more accurate to say that it was rare to associate Laurent with a physical body at all: you were always dealing with a mind.”