Why Romeo and Juliet Made Me Angry 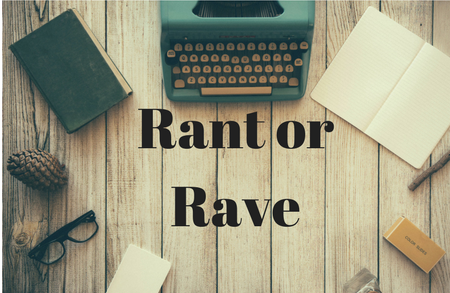 I had to read Romeo and Juliet for school in the tenth grade. Let’s just say I was a little unhappy by the whole play. By unhappy I mean I hated everything about it, it was just such a stupid play, so I decided to rant about why I think it was a stupid play.

Also, if you haven't read or heard the story yet then SPOILER ALERT!

1. Juliet did not have to die

Friar Lawrence went to her and said something along the lines of 'yo, I can bring you to a convent, you can be a nun. You don't have to marry Paris.' And she was like “nah, I'm gonna stay with Romeo” and then she kills herself. It was so f*cking ridiculous I could not handle the levels of stupidity that this girl had. I was so pissed at her, and then the nail in the final nail in the coffin was the Friar just left her there. He knew what was going on and he just left!

They literally got married after knowing each other for a day. A fricken day. This is absolutely ridiculous, I mean she didn't even know she was supposed to marry Paris yet. She saw him and was like 'He is so hot! I need to marry him' and fucking did exactly that. I can't deal with this, it makes me want to rip my hair out.. They are just so stupid. Plus, if they had lived through the play they probably would have ended up resenting each other so much. I mean what future did they have? He was an exile and she was 'dead'. I don't understand.

If Romeo had just went and talked to the Friar about Juliet's death and all that jazz, he would have realized that it was all just a ploy. And, the Friar should not have given a 13 year old a potion to fake her death. 13 year olds don't make good decisions. He should have made sure that Romeo had gotten the message too. You can’t just help a girl fake her death so she can be with a guy and then not tell the guy about it.

4. Paris (guys Paul Rudd played him in the Baz version of the movie)

Honestly, Juliet should have just married Paris. She didn't even know Romeo more than she knew Paris. For all she knew she could have fallen in love with Paris and lived happily ever after, but no, she had to choose the rebellious teenager route and marry a guy her parents hate. Juliet is such a frustrating character.

Romeo was 'heartbroken' over Rosaline literally the day he met Juliet. Juliet was just the rebound. Does anyone else see the flaw? Romeo is such a player, literally anything to get into a girls pants. Romeo was the original fuckboy.


Did you like Romeo and Juliet? Did you hate it like I did? Tell me your thoughts down below!
Posted by Jessie at 07:00