This is Where it Ends Review

This is Where it Ends
by Marieke Nijkamp 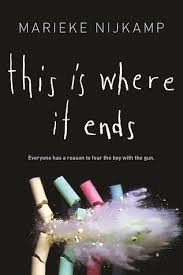 10:00 a.m. The principal of Opportunity High School finishes her speech, welcoming the entire student body to a new semester and encouraging them to excel and achieve.

10:02 a.m. The students get up to leave the auditorium for their next class.

Told from four different perspectives over the span of fifty-four harrowing minutes, terror reigns as one student’s calculated revenge turns into the ultimate game of survival.

I gave this book 5 stars. It was devastating and haunting. There were so many feelings attributed to this book. 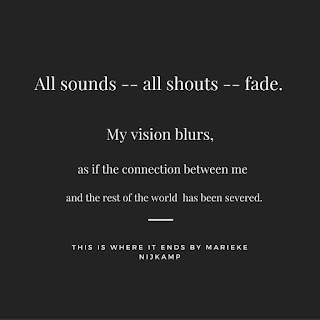 So this is not going to be a long review because this wasn't a particularly long book. I just got this book today, and just sat down and read it through, with exception of one pause because food. I have been meaning to read this book since around the time it came out, so about a year, and I've only just gotten to it. I regret waiting this long. 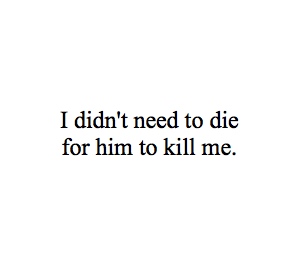 This book was fast paced. Honestly, it isn't exactly hard to make a story like this fast paced because of what it's about, but it was done so well. It was impossible not to be drawn right into the story. 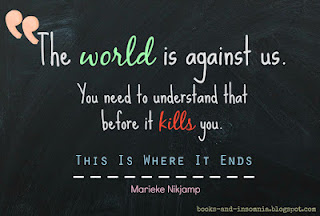 The most devastating part of the story was when those characters that you were rooting for got shot down like flies. These parts just made me cry like a baby. These characters grew on me, I began to love them like they were my own friends and family, and just like that they were taken away.

It absolutely broke my heart when it was revealed that Tyler had shot Autumn in the knee. All Autumn ever wanted to do was to dance. Dancing was her escape and her one true love, and right before he killed himself, he killed her dreams. 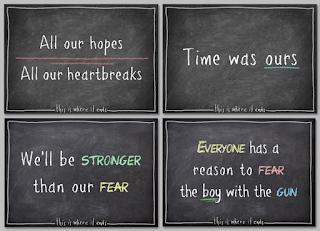 Tomas was a very personal death because we got to see into his mind, what he was thinking and feeling. Also, the one part that had me sort of chuckling was because of him. He was literally in the auditorium with a guy with a gun, trying to smuggle people out to safety, and he was thinking about winning that girl he had a crush on. He was literally thinking that when he asked her out she would now know who he is. Why are you thinking about that? You could get shot? You did get shot? Tomas you have a one track mind! 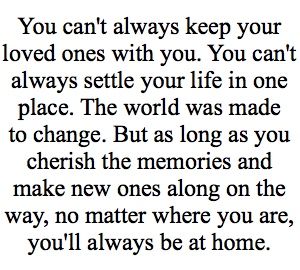 Personally, the most heartbreaking death to me was Matt. He was so young and innocent. We could see into his sister Claire's mind and all she cared about was keeping him safe, she wanted to save him, and she couldn't. He died because the stupid swat team left him behind when they could have saved him!!!!! Honestly, also the most useless death! He could have lived! That swat member used his efforts to get Autumn out of the school, and she didn't even leave. She went to confront her brother, so this Swat member could have extended the effort to get this poor kid out of there and save his life. Stupid swat member saved 0 lives. 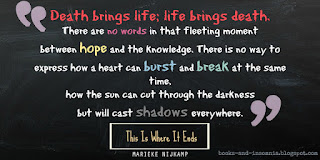 I don't think it was ever explicitly said what the bad thing that Tyler did to her was, but I think most of us have a pretty good idea. I'm not going to say it though, because I'm not actually sure and I find it to be a very sensitive topic and makes me really sad to think about. Also, I don't want to seem like an idiot if I'm completely wrong and have the internet yell at me.

I definitely would give this book a read if you haven't. It's not very long and will make you feel things.

“And I know the auditorium may be big enough to hold a thousand students, but it's too small to hide just one.”

“Dad always told me there are more stories in the universe than stars in the sky. And in every story, there's the light of hope. That's why the seniors sent lanterns up to the sky-to make sure the darkness is never absolute.”