Sunday Favorites: The Sea of Tranquility 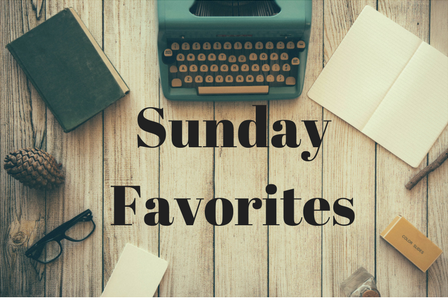 I'm actually horrible at doing these Sunday Favorites, however, I like doing them. This week we are going to go all the way back to 2014 when I initially read The Sea of Tranquility. 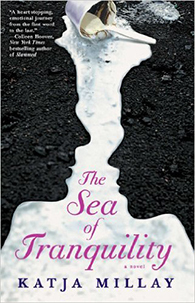 In case you're curious, here is the synopsis:

Former piano prodigy Nastya Kashnikov wants two things: to get through high school without anyone learning about her past and to make the boy who took everything from her—her identity, her spirit, her will to live—pay.
Josh Bennett’s story is no secret: every person he loves has been taken from his life until, at seventeen years old, there is no one left. Now all he wants is be left alone and people allow it because when your name is synonymous with death, everyone tends to give you your space.
Everyone except Nastya, the mysterious new girl at school who starts showing up and won’t go away until she’s insinuated herself into every aspect of his life. But the more he gets to know her, the more of an enigma she becomes. As their relationship intensifies and the unanswered questions begin to pile up, he starts to wonder if he will ever learn the secrets she’s been hiding—or if he even wants to.
The Sea of Tranquility is a rich, intense, and brilliantly imagined story about a lonely boy, an emotionally fragile girl, and the miracle of second chances.

The Sea of Tranquility is an NA novel, the only novel that Katja Millay has ever written and I would like to say before anything else that I would love to read more of her writing. This book was so completely full of soul that it was impossible not to get sucked in. It was heartbreaking at times, I may have actually cried because of how sad it was, but it was worth every tear I shed. The book was a reawakening of sorts. You have to get through all the heartache and hope that you will be better on the other side. 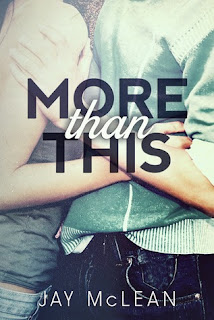 I first discovered this book, believe it or not, from another romance novel. The characters from More Than This by Jay McLean were talking about it and freaking out about the last two words in the book. Obviously, this got me incredibly curious. Stupidly, the first thing I did once I had a copy of this book was read the last two words. I had no idea what their significance was, obviously, since I hadn't read the book yet. It actually didn't even make sense to me until that last scene when it was completely transparent.

Nastya and Josh have a beautiful little relationship. They both have terrible backstories that have shaped who they are, but they find solace in each other. They see something in each other that resonates deep within. I feel like this is one of those books where the characters are very flawed and live pretty realistic lives and that's why the novel hits so close to home because nothing about it is impossible.

The writing itself is spellbinding. We get gems from the story like this:


I live in a world without magic or miracles. A place where there are no clairvoyants or shapeshifters, no angels or superhuman boys to save you. A place where people die and music disintegrates and things suck. I am pressed so hard against the earth by the weight of reality that some days I wonder how I am still able to lift my feet to walk.


If that one quote doesn't have you interested in the book than I don't know what will. Maybe the fantastic characters, maybe the premise of the story itself. And I have to say, the characters are jarringly vulnerable at times. We really get to the heart of who they are, and I hate to sound like a broken record because I say this all the time, but they are relatable!

This was one of the few books that I read an ebook of and decided that I had to have a physical copy of it. I don't usually do that unless I absolutely loved the book. I really do hope I've convinced you to give this beautiful piece of literature a read, I swear by this book.

Have you ever read The Sea of Tranquility? If so how did you feel about it?