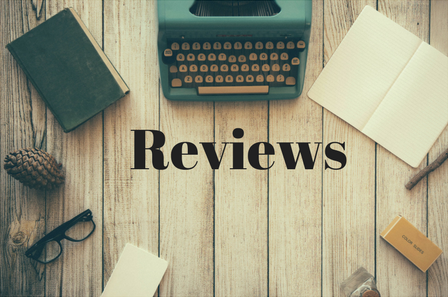 I have a few reviews that I never posted on my blog because they were either too short or I didn't think they were good enough to dedicate an entire blog post to them on their own. So I decided to stick all of those subpar reviews together to maybe make one okay blog post. 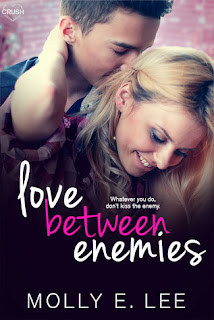 Zoey Handler is ready to put an end to her decade-long rivalry with Gordon Meyers. They’ve traded top spot between valedictorian and salutatorian for years, but all that’s over now. Right? But after a crazy graduation speech prank gets out of hand, suddenly their rivalry turns into all-out war. Time to make peace with a little friendly payback.

Step two? Show him the time of his life at an epic graduation party.

Step four? Absolutely, positively, do not kiss him again.

Disclaimer: This Entangled Teen Crush book contains one epic party, complete with every high-schoolers-gone-bad shenanigan, and two rivals who discover maybe they could be something much more…if only they’d stop fighting long enough to notice it

I gave this book 2 stars. Not my favorite book, it actually annoyed me quite a bit. Also pretty cheesy at times. I didn't hate the book with a burning passion, but I'd rather never see this book again.

As I’ve said before, having likable main characters, or at least ones you respect, is very important in novels. As for this particular novel, I only liked Gordon. Zoey was immature, spoiled, and just plain annoying. Gordon did something to mildly embarrass her because he thought she did something awful to him and her solution was to destroy his entire future. Good job Zoey, you’re a fucking bitch.

I liked Gordon. Although he was a bit misguided in the beginning, he realized he had done something wrong and wanted to make it up to Zoey. Gordon is also a bit too forgiving in my opinion, but he’s noble and can’t hold a grudge.

I was pretty annoyed throughout the book because of Zoey, but I kept reading mostly because I wanted to see if she could somehow redeem herself. Spoiler alert, she didn’t. She did some nice things, but I don’t think she really grew as a character.She admits that she feels bad about everything she did because she loves him, but what if she hadn’t loved Gordon? Would she have felt okay with just ruining another person's life?


Plot-wise it wasn’t my favorite. It mostly takes place at a high school party with all these characters that I don’t know too well. So if you do plan on reading this book I would suggest reading the first book in the series first. I didn’t feel anything for a lot of these characters because I didn’t know them too well. 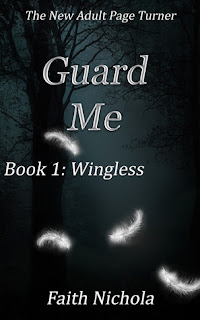 Seventeen-year-old June Mason is the bullied ugly duckling living in her school’s basement until kidnapped into his world of dreadlocks, wings, and lust. He, is the seven-foot-tall killer, ordered to guard her. Struck by his staggering beauty, his sapphire eyes and skin, black as ash, June desperately wants to return to her world to bear more practical torment, but as she learns more about his feelings for her, will she be able to return without him?


Guard Me unfolds over multiple volumes approx.30,000 words each.

I gave this book 3 stars. Not my favorite but has a lot of potential to be a lot better in future novels in the series.

Wingless was short but a bit difficult to get into. I felt our protagonist felt more like 13 or 14 than 17. I was actually confused there for a bit because I forgot she was 17 and was wondering how on earth it could possibly be an NA novel.

I did however like that it felt different. The style of the story felt very innocent considering it’s NA. It was a really quick read, wasn’t that long, therefore, I could get past a lot fo the problematic things quickly.

I wasn’t the biggest fan of the protagonist, but I can see that changing as I continue on in the series. I would like to get to know more about her and see how she handles different situations. I really want to see some character development with her.

Considering this is a romance, I feel that it is still a bit unclear who the romantic interest is supposed to be. It’s most likely Akili, but I feel like our attention was brought to several different characters abruptly several times so I can’t be too sure about this.


Overall, I so want to see where this goes and what the author will do with this. 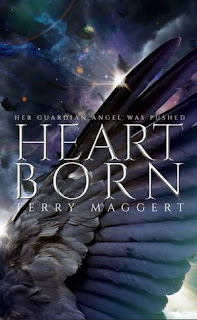 Her guardian angel was pushed.

Keiron was never meant to be anything other than a hero. Born high above in a place of war and deception, he is Heartborn, a being of purity and goodness in a place where violence and deceit are just around every corner.

His disappearance will spark a war he cannot see, for Keiron has pierced the light of days to save a girl he has never met, for reasons he cannot understand. Livvy Foster is seventeen, brave, and broken. With half a heart, she bears the scars of a lifetime of pain and little hope of survival.

In the middle of a brewing war and Livvy’s failing heart, Keiron will risk everything for Livvy, because a Heartborn’s life can only end in one way: Sacrifice.

Fall with Livvy and Keiron as they seek the truth about her heart, and his power, and what it means to love someone who will give their very life to save you.

I received a copy through Netgalley

I was a bit frustrated with Heartborn. It read pretty well, I genuinely enjoyed the authors writing style, but I didn’t really enjoy the second half of the book. I thought everything was going in one direction and then it went into another. It didn’t help that I was reading several books while I was also reading this one so I kept taking breaks because it was engaging me as much as those others. In all honesty, this book was a lot like a filler book to me, much like a lot of other fantasies I’ve already read. I don’t think I would recommend for you to spend time reading this one unless you want a more basic fantasy to fill the time.

This is Not a Love Letter
by Kim Purcell 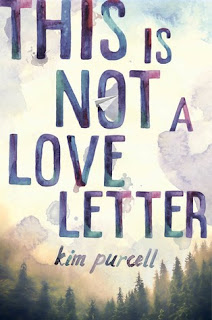 One week. That's all Jessie said. A one-week break to get some perspective before graduation, before she and her boyfriend, Chris, would have to make all the big, scary decisions about their future--decisions they had been fighting about for weeks.

Then, Chris vanishes. The police think he's run away, but Jessie doesn't believe it. Chris is popular and good-looking, about to head off to college on a full-ride baseball scholarship. And he disappeared while going for a run along the river--the same place where some boys from the rival high school beat him up just three weeks ago. Chris is one of the only black kids in a depressed paper mill town, and Jessie is terrified of what might have happened.

As the police are spurred to reluctant action, Jessie speaks up about the harassment Chris kept quiet about and the danger he could be in. But there are people in Jessie's town who don't like the story she tells, who are infuriated by the idea that a boy like Chris would be a target of violence. They smear Chris’s character and Jessie begins receiving frightening threats.

Every Friday since they started dating, Chris has written Jessie a love letter. Now Jessie is writing Chris a letter of her own to tell him everything that’s happening while he’s gone. As Jessie searches for answers, she must face her fears, her guilt, and a past more complicated than she would like to admit

I gave this book 4 stars. It was a rush and had it’s ups and downs. Very exhilarating.

I felt a little disappointed with the ending of this book. I was so engaged for three fourths and then we got to the end and I was just sad. This is not a happy ending book and I didn’t feel like much was really resolved. It just goes on long enough to make us cry.

This book definitely delivered with the mystery element. There were so many different angles to consider, each equally probable. I think the author did an amazing job of that. Finding out what really happened was a bit of a downer, but I don’t think the book was long enough to go with the other option.

I liked that there was talk about how damaging racism is. I’ve noticed that a lot of YA won’t touch the subject unless that’s the entire plot line. It’s a controversial topic but it must be talked about.

I obviously share a first name with the protagonist and to me that was important. I was constantly holding her up to very high standards. You see, I haven’t liked any of the protagonists named Jessie that I’ve read about in the past because I hold them to the highest standards. I need to be able to relate to them and generally like them. I assume that’s how it is with anyone who shares a name with a protagonist. I am happy to say she lived up to my standards. She is Jessie approved.

Overall, although I was unimpressed by the ending, I would definitely suggest giving this one a read.