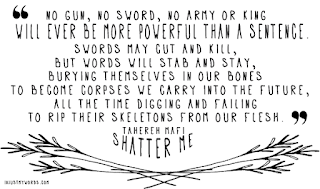 She just had some of the best character development I've ever seen and I loved it. At first I was a bit iffy since she was kind of whiny and liked Adam, but then she became a badass and liked Warner, like she should have from the beginning. 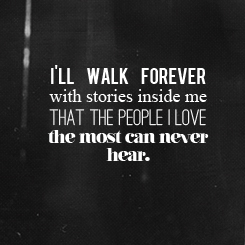 She is damaged and mysterious and snarky. She is the person I aspire to be. I think she deals with her situation pretty well. She is a little bit angry and a big part confused, but that it mostly just her being a teenager and I relate to that. 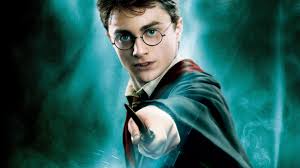 Harry is honestly such a sweetheart. Everyone covers that up by mentioning angsty fifth year Harry or his stupid decision making skills. But did everyone forget that he brought us all on an unforgettable journey? We learned about love and friendship along side him and I love him more for that. 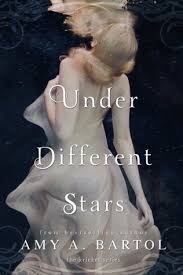 Kricket may not be a physical badass, but she is one of the smartest main characters I've ever seen. She just surprised us all with her thoughts and ideas and battle strategies. She is brilliant and witty and just fantastic. 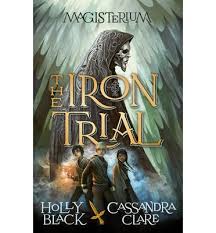 He is just so snarky and moody, I can't help but to relate to that. Some of the things he does I'm just sitting there saying 'same' ten thousand billion times. That's how much I relate to him. 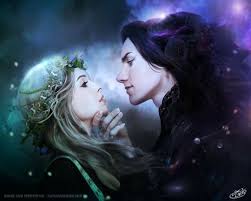 At first I was not her biggest fan, I mean I never disliked her, but there was no defining factor that made her a favourite character, until I read A Court of Mist and Fury. Fey went through so much character development. She has become a much stronger person, she is different and those changes were good to her. She earned her way onto this list. 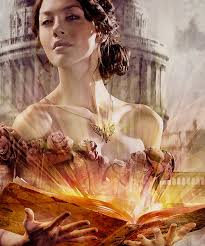 She took in this whole new world, and was like "yeah, I got this" just so chill, and composed. She fricken got Will Herondale. Will, the guy who swore he would never love anyone ever again other than Jem. Tessa knows how to put a person in there place and she knows what she wants. 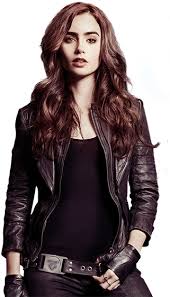 On the flip side of Tessa Gray, Clary has no chill, she freaked out so badly when she found out about the whole Shadowhunter world, and honestly, Same. That is me 100%. Everyone always mocks Clary and talks about how she is their least favorite of the three female protagonists of Cassandra Clare's books. But I entered the world with her, so I'm always gonna have that fondness of her. The TV show may have butchered her character, but I loved her in the books. 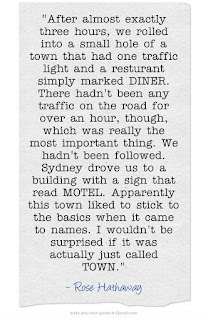 Rose has so much depth. On the surface she is carefree and a trouble maker, not to mention so fricken hilarious. A bit deeper she is a devoted friend willing to do anything for Lissa. Deep down, she is a scared little kid who wants her mother's approval and wants the love of her much older mentor. She has layers and I love that about her. 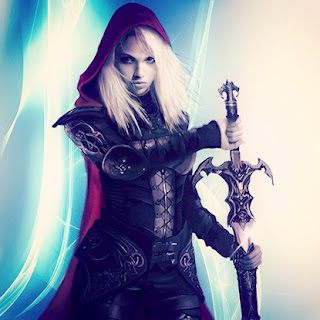 She is all about the revenge. I love revenge plots, some of my favorite books to read are about revenge. There is nothing more satisfying than bringing someone down to your level. Celaena does this exceedingly well. And at such a young age. She has a mind full of twists and turns and even as the reader it is hard to read her and what she is about to do. She realistically, like any teenage girl, goes through a lot of guys and I loved that shred of reality. She may not be a normal teen, but she does do some things like one.