In Another Life Book Tour

In Another Life
By C. C. Hunter 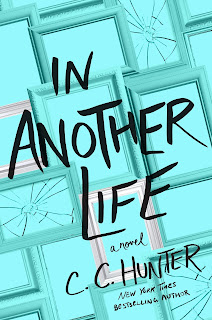 What would you do if your whole life was a lie and learning the truth could cost you your life?

From New York Times bestselling author of the Shadow Falls series comes C. C. Hunter’s new YA thriller about a girl who learns that she may have been kidnapped as a child, and must race to uncover the truth about her past before she winds up a victim.

Chloe was three years old when she became Chloe Holden, but her adoption didn’t scar her, and she’s had a great life. Now, fourteen years later, her loving parents’ marriage has fallen apart and her mom has moved them to Joyful, Texas. Starting twelfth grade as the new kid at school, everything Chloe loved about her life is gone. And feelings of déjà vu from her early childhood start haunting her.

When Chloe meets Cash Colton she feels drawn to him, as though they're kindred spirits. Until Cash tells her the real reason he sought her out: Chloe looks exactly like the daughter his foster parents lost years ago, and he’s determined to figure out the truth.

As Chloe and Cash delve deeper into her adoption, the more things don’t add up, and the more strange things start happening. Why is Chloe’s adoption a secret that people would kill for?

I gave this book 4 stars. It was a really wild story arc. Going into this book I wasn't sure what I expected. I have read quite a few of this author's works. I enjoy her paranormal books a bit more than her contemporary, but it was still something I had a great time reading.

Chloe Holden has just moved from the home she has always known to Texas. That's always a good way to start off a book. Also, I'm not surprised this is set in Texas. ANyway, Chloe has a lot of things she needs to juggle from trying to make new friends, to making sure her mother doesn't sink into a deep depression, to finding out if she was kidnapped as a baby. Wild from start to finish. If you're interested in Young Adult Mysteries then this book may be for you.

Cash Colton grew up a con. He had a strained relationship with his father, stunting his ability to bond with his foster family, one that actually seems to care. Cash meeting Chloe initially assumes she is a con because of the resemblance she has to the stolen daughter of his foster parents and thus ensues the wild ride.

There was a little while there where Chloe was driving me crazy. There were so many questions that were unanswered and she just didn't want to know the answers. If something like this had happened to me I would have been unresting trying to find out the truth. She was so passive about it. I understand that she was trying not to hurt her mother's feelings and such but come on. I think she should have talked with her mother about what she thought was happening, and maybe her mother would have been able to help her in some way. I think the fact that Chloe was keeping secrets made things a bit worse in the end.

This is one of those books where you just need to get past the first couple of chapters and then you really get into it. It took me a while to read the first 10 percent of it, but then I read the rest in 2 days. It is very fast paced once you gain some momentum with it.

Overall, if you enjoy a little mystery, a little action, a little bit of dysfunction, and a tad bit of romance then I would suggest reading this one. 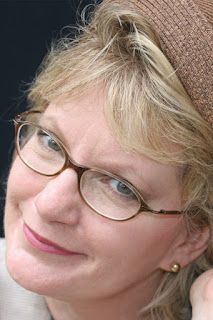 C. C. HUNTER is a pseudonym for award-winning romance author Christie Craig. She is lives in Tomball, Texas, where she’s at work on her next novel.

Christie's books include The Mortician's Daughter series, Shadow Fall Novels and This Heart of Mine.