Rant: Rewriting Books from the Other Person's Point of View 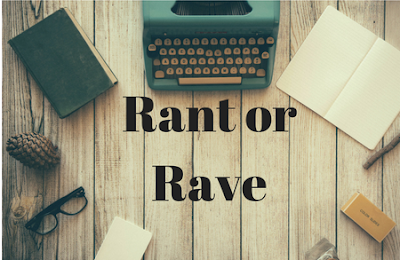 Very rarely do I feel like a book needs to be told from someone else's point of view. I think sometimes it can be done really well, I think if the point is to show internal biases and how someone else may have perceived an entire situation, that would be a good reason to rewrite the same story from a different point of view. However, I feel like this is rarely the case. I can think of maybe one book where I actually enjoyed having this book from someone else's point of view. I think if there is actually important insight being added from this new book then it's great, but I hate when a book is literally from another character's point of view and everything is the same. Not having any new insight into the story.
One book I would love to have another character's perspective on is the Vampire Academy series. I want to read that whole series from Dimitri's point of view. He was one of my favourite characters and I felt like he was just such a closed book. We knew what Rose knew about him and that really wasn't much. We only knew his present, we didn't know too much about his past and what he was feeling or thinking at any given moment. I would donate both kidneys to get this series from his point of view. There was a short story from Dimitri's point of view from their meeting and it gave me life.
A book I did like from another character's point of view was Losing Hope. This one worked because Sky knew so little from her past. She didn't remember a lot of things that happened to her growing up, and having Holder's point of view and how he remembered things was really interesting and really built up their whole relationship. I think it was such a good addition to an already great book.
Now that I've talked about a few I liked/would like, I should talk about what actually bothers me. A couple examples that I didn't like were Oblivion by Jennifer L. Armentrout and Rush Too Far from Abbi Glines. Those are just two examples. I liked them enough, I didn't hate them, but that's just because they were books that I already liked. I liked the originals and these books were basically the same thing from another point of view. I don't feel as though anything was added from these books. I didn't really get anything out of them. There were no revelations, nothing I didn't already know about. I'm never going to read those books again, but that's just because I liked the original and I'm going to reread the originals. There really is no point to having these additions because they did nothing to add to the story. The only differences were that we were able to see their emotions, but it's not like their emotions were ever any secret.
I just think that if you plan to rewrite a book from the point of view of a different character, it should add something to the story, not just play off of what we already have.  I overall just think most books like this are so unnecessary and I feel like I'm wasting my time when I do read them.
Feel free to add me on social media! And you can follow my blog in the sidebar to be notified when I post!
Follow @Bookballistic0