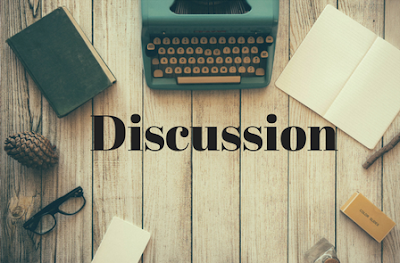 First things first, I'm only ranking the books I've read. I'm a little behind and there are a few books that I haven't read yet so if there are some missing it's because I haven't read them yet. I like ranking things. You like seeing me rank things. My favourite will probably be a pretty big surprise. Don't skip ahead. Also SPOILERS I will be mentioning little things here and there so proceed with caution.

This should come as no surprise. This book was the weak link. I don't know a single person that actually really loved this book. Especially no one that would put this book above anything else.

Yes, I'm putting this above Bane Chronicles. While this wasn't a real story, it still had character from the writing in the margins, plus it had really pretty artwork. Bane Chronicles was boring and had no artwork. I stand by this decision.

I think I've read this book and seen so many adaptations of this book that I've kinda started to hate it. I'm never rereading this book I can guarantee it. It has a special place in my heart because it was the first, but the writing wasn't very good. And the plot could have been better. Cassandra Clare has just progressed so far past this book that it's hard to look back.

I kinda don't remember this one much. I remember Tessa and Jem getting engaged. And I remember not hating it so it's at least above City of Bones.

I reread this one a couple of years ago and it was a lot better than I remembered it being. It still isn't my favourite Shadowhunter book, but I have a newfound appreciation for it. It's a pretty good book.

The Infernal Devices were never my favourite Shadowhunter series, however, they did include my OTP Will and Tessa. I love those two. I will always love those two. The two of them give me butterflies.

This was kind of a filler book, but a good filler book. I really enjoyed what was happening and it really set the next book up for success. This book was building up this tension that completely paid off in the next installment.

9. Queen of Air and Darkness

So much happened in this book, good and bad. It was 100% a good book but I felt like it was left off with too much of a cliffhanger. It was the final book in that trilogy but it was really just a bit of a midseason break. This is going to carry on into the next series and I felt like that left me hanging in a way I didn't really like. I would have appreciated more of a close to that chapter. Now I have to wait a while before getting any type of closure.

This is the only Mortal Instruments book I've only read once, but I remember it well enough to still love it. I will always remember Alec's iconic line. You know the one. It really made me love him as a character.

That epilogue still makes me cry. Also, I said Will and Tessa were my favourite so them finally getting together makes this book an immediate yes for me.

If this had been the series finale I would have been happy with it. It had a great story arch and brought everything to a peaceful close. I'm glad the series didn't stop with this one because I feel like the second story arch really elevated the entire series, but I definitely wouldn't have been mad if it had ended here. It was at this point that I really got into this series and I just binged the rest of the books that were out at that point.

5. Tales From the Shadowhunter Academy

I know, this is surprisingly high. Hear me out though. This book had me so excited for everything that was coming. It was so cool seeing into the lives of characters we hadn't met yet. We met James and Matthew and got to see a little into what their friendship was like and what their lives were like. We even got to see some of James' cool Shadow powers. This collection of stories were just so exciting. And we finally got to see Simon and Izzy get together for good. It was so satisfying.

I didn't think it could get better than Lady Midnight, but then it did. After this, Queen of Air and Darkness was a bit of a letdown, I have to say. This series was probably Cassandra Clare's strongest overall so far. Amazing characters and amazing plots.

This one took me a surprisingly long time to read, but I loved every second of it. I think not completely devouring it right off the bat really helped me savour the story and the characters. This was really the best of both worlds. We got to see old beloved characters from past books and we were introduced to so many new characters. They all had amazing plotlines. I loved them all, I mean except like two or three characters. Even characters that were "bad" I could see where they were coming from. There was just so much empathy in these characters. Even if I didn't like what they were doing, I could understand why they were doing it.

This may be surprising or maybe not. If you've been reading my blog for a while you would know I loved this book. It's probably the book I've reread the most out of all of Cassandra Clare's books. I can't get enough of this one. I know it definitely isn't everyone's favourite though. So this book isn't the best probably in any category I've talked about previously, but I couldn't find it within myself to not put it at 1. It holds too much sentimental value and just general nostalgia for me to put it any lower. If I was stranded on a desert island and I could only bring one book with me it would probably be this one. It's probably one of the funniest books in the series.

How would you guys rank them? I would love to know!