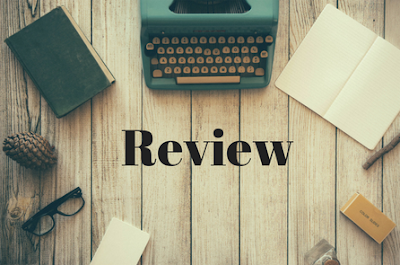 House of Earth and Blood
by Sarah J. Maas 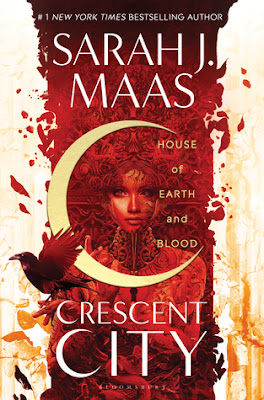 Bryce Quinlan had the perfect life—working hard all day and partying all night—until a demon murdered her closest friends, leaving her bereft, wounded, and alone. When the accused is behind bars but the crimes start up again, Bryce finds herself at the heart of the investigation. She’ll do whatever it takes to avenge their deaths.

Hunt Athalar is a notorious Fallen angel, now enslaved to the Archangels he once attempted to overthrow. His brutal skills and incredible strength have been set to one purpose—to assassinate his boss’s enemies, no questions asked. But with a demon wreaking havoc in the city, he’s offered an irresistible deal: help Bryce find the murderer, and his freedom will be within reach.

As Bryce and Hunt dig deep into Crescent City’s underbelly, they discover a dark power that threatens everything and everyone they hold dear, and they find, in each other, a blazing passion—one that could set them both free, if they’d only let it.

I gave this book 5 stars. I was going to give this book 4 stars, but I had to give it 5 stars because of that ending. This book had me sobbing. Lehabah earned that fifth star. That fifth star is for Lehabah.

I’m kinda disappointed. I was loving the friendship dynamic that was happening at the beginning between Bryce, Danika, Fury, and Juniper, but then that was all thrown out the window. The rest of the book was this weird mix of mystery and depression. It just wasn’t as lively as those first few chapters. Danika died and then Bryce’s other two friends sort of ghosted her for almost half the book so she was left without a friendship dynamic. There was no fun banter between friends. There was no actual excitement other than the curiosity about who killed everyone. I 100% think I would have liked this book more if Danika had stayed alive. I just think it was a bad move to kill her off. It’s almost like the book was colourful but then she died and the book was grey if that makes any sense. I get that’s the point, but still, it doesn’t leave a very good atmosphere.

I didn’t really care for Hunt for most of this book. I don’t think he will be endgame. You know how I know that I don’t like him enough? I would trade him for Danika or Lehabah.

Lehabah. She really snuck up on me. I thought she was kind of annoying at first, but by the end I accepted her. She was annoying and fun and her ending. It had me sobbing. Everything happened so suddenly. While she was kind of annoying that was the charm of her character. It really cut through the tension that Bryce was feeling throughout the book. When she would get to in her head about things Lehabah was there to lighten the mood. I just felt like she was such an important character in this book and losing her really hurt. I’m really sensing a theme in this book. All the fun characters die. Just a theory.

I really loved the dynamic between Bryce and her brother and her father. There was so much tension there. Throughout the book, we could tell there was something we didn’t know about Bryce and it had to do with her face side of the family. Her father wanted nothing to do with her. and her brother Rune had really hurt her in some way. Finding out that her brother was not the only “chosen one” in the family and that she too was just as worthy as he was felt really gratifying. Her asshole fae father threw her away because she was this halfbreed that he deemed to be below him. Only to find out that she was hiding this gift. It felt good seeing him eat his words.

As for my feelings on Bryce. I'm not quite sure how I feel about her yet. I like her, but she definitely wasn't my favourite character. Kinda sucks since she is the main character. I still have high hopes though. There will be more books and I hope to see some positive character development for her. I feel like this book was just really hard on her. Her best friend died. She was going through some shit. There weren't very many positive moments in this book and that obviously weighs on a person. I would like to see Bryce having some better times, spending more time with her friends, coming into her powers, etc.

Overall I did like this book enough to give it five stars, but I still think it can go up.  The middle of this book wasn't the best but the beginning and the end were phenomenal.